Age of the Gods by Playtech 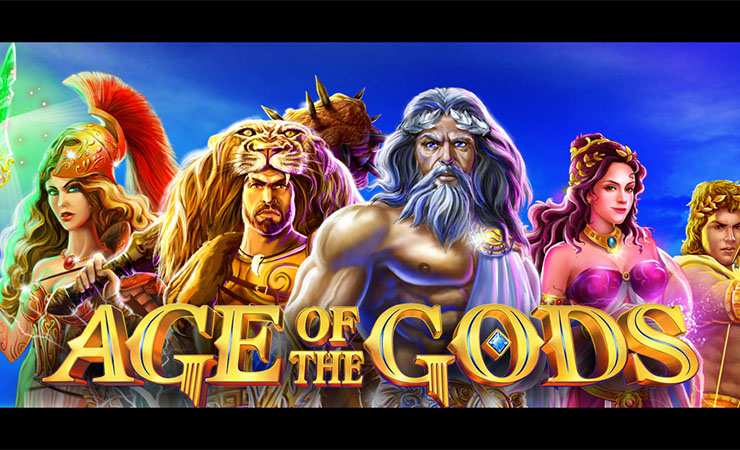 The software developer Playtech is known for producing action-packed and absolutely fancy slot machines. Age of the Gods slot, which was released in June 2016, is once again 100% proof that Playtech is one of the leading developers in the industry. They have clearly landed another hit with this slot, which tells a groundbreaking story from Greek mythology. But before we set the bar too high, let us explain why you should take a closer look at this very slot.

Age of the Gods in the casino – game structure and procedure

Age of the Gods Bonus Features

The bonus features in this slot are so fancy and diverse that we have a hard time putting them into a few words. Let’s start with the Wild symbol, which will not only complete any winning combination for you here and thus acts as a wild, but also promises you a win of up to 10,000 euros if you combine 5 of them on one payline.

Next up is the Pantheon of Power. This one has a low chance of being hit, but with a bit of luck you’ll get a 10x multiplier on all wins during a spin! May the gods be with you.

And then there are the Greek gods that make the game and the Age of the Gods slot the great game it is. As soon as you can unite one of the four gods at least three times on your reels, the so-called “Table of the 20 coins” starts. Now you have to find at least three of the same coins on a spread table of 20 flipped coins to unlock bonuses as well as free spins.

Once you have done that, you will be granted the following bonuses for the respective heroes:

You think that’s all? This slot wouldn’t be a superlative slot if Playtech couldn’t shake some more aces out of their sleeves. Because after the 9 free spins, it’s not over by a long shot. You will immediately be sent back to the Table of 20 Coins, where you can win more free spins. The whole thing continues until you uncover the coin of Hades and the normal game is resumed.

Theoretically, you have a very high chance of winning a considerable amount of money with very little effort!

Age of the Gods – Jackpot Game

As if the good news wasn’t enough, we have more for you called Jackpot Games. Randomly during your game you will be taken to the Table of the 20 Coins, where you can now reach certain jackpot levels. Don’t believe it? Here is a small overview:

These jackpots are progressive, so they grow over time and can actually pay you substantial winnings!

Age of the Gods Paddy Power is not only an outstanding game with many special features and bonus games, but with a payout rate of almost 97%, it offers you outstanding chances of winning and great probability of considerable returns. In our eyes, Age of the Gods was one of THE slots of 2016 and its success continues to this day. By the way, you can start playing right away, whether in the free trial version or in the real money game – thrills and excitement are guaranteed!

Age of the Gods slot details