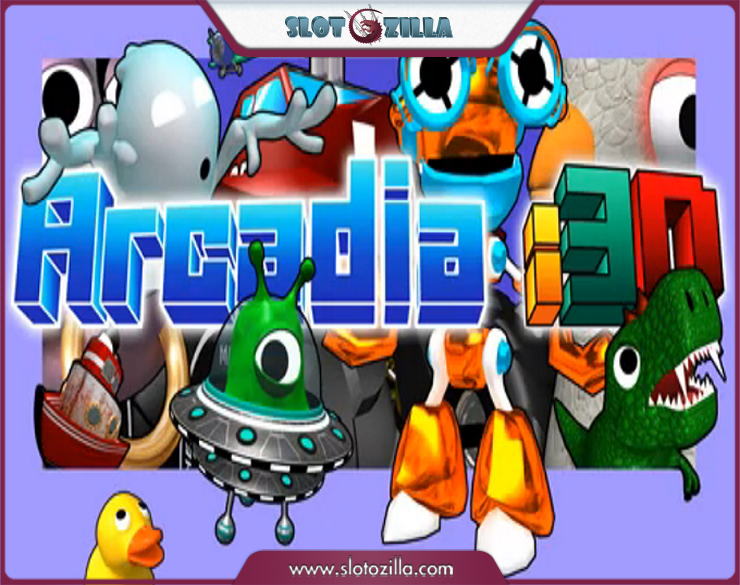 Most games these days are three-dimensional. This is not surprising, because 3D games are in most cases much nicer to look at than their two-dimensional counterparts. This is also the case with the video slot game “Arcadia i3D” from the provider Saucify, which definitely knows how to convince with appealing visuals. This game is similar to the iSevens slot machine.

After a short time, you will get used to the unconventional, but more appealing setup while playing and this representation makes it much easier to keep track of your winnings. The three-dimensional figures are a great help, since not only height and width, but also depth can be used for display. Thus, no boredom will arise while playing. This is also helped by the game’s music, which adds to the atmosphere of the game.

The game is built on the 243-way principle. Thus, it differs from traditional slot machines mainly in the number of reels and the 243 winning ways, which makes the game even more lucrative for the player.

The principle can seem confusing at first, but it quickly becomes clear once you start spending time with this interesting slot.

The size of the coins can be variably determined by the player. The setting options here range from a value of 0.01 to 0.25.

The game has numerous features such as a wild symbol and a scatter symbol. Those who like to just watch the winnings add up will be happy to know that this game also has an autoplay feature.

The many ways to win ensure that high winnings can occur after just a short time in autoplay mode.

Arcadia i3D is a game that is mostly impressive because of its design. Visually, there are hardly any points of criticism. However, the manufacturer has not forgotten the fun of the game and so this game is suitable for all players.

Saucify has definitely done a lot right with this game, because Arcadia i3D leaves hardly anything to be desired. Fans of slot games will undoubtedly play with great interest here, as it combines familiar patterns from well-known games with visual innovations. If you want to see for yourself, you can test the game on numerous platforms to get your own impression.

Slot machines represent the perfect entertainment option. With the game “Aracdia” there is now another entertainment guarantor on the market, which provides excitement and wit with dinosaurs, aliens, UFOs and much more. Playing slot machines games for free is funny and provides entertainment on a high level. Dolphin’s Pearls slot machines online games free to play guarantees hours of fun at the highest level.