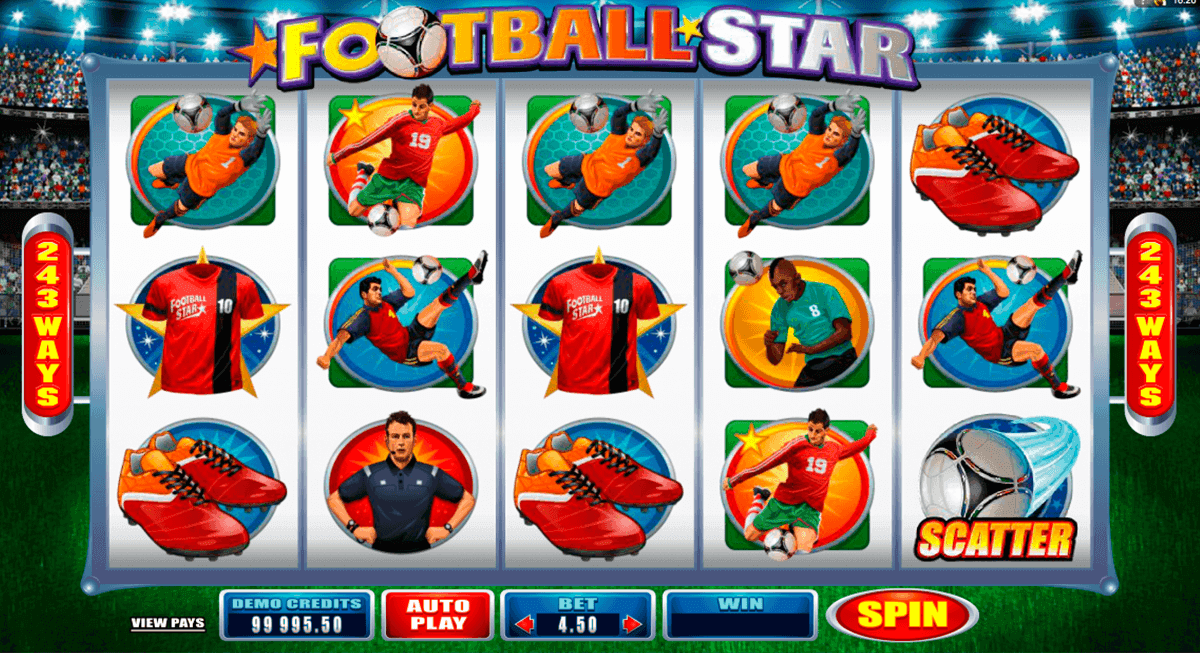 To mark the World Cup in Brazil, the Football Star slot machine was launched on the market in 2014. Microgaming has created a slot game for fans of the ball game, which puts gamers directly into the action through high-quality design.

In the background of the game is the visitors’ stand, from which the loud background noise comes. Gamers can help their favorite team in online casinos and are rewarded with rich winnings while playing. But it is also possible to play Football Star for free to enjoy the flair without any risks.

This is how the game is played:

Here are the rules of the game:

Wild Symbol: The Football Star lettering is the wild symbol, which can also appear stacked on a reel. It substitutes for all other characters like a wild in the slot game by Microgaming.

Scatter Symbol: The soccer serves as the scatter symbol. If three, four or five soccer balls appear on the screen, 15, 20 or 25 free spins start afterwards. The arrangement of the scatter symbol does not matter in Football Star.

Our visitors can play slot machines for free without registration. Those who just want to enjoy the soccer atmosphere, click on the game and after a short loading time the slot is ready. For example, tips and tricks from experienced players can be tried out without making any investments of their own.

There are no risks whatsoever, as Football Star free play is possible without registration and real money wagering. Even a download is not necessary, because you play directly through the browser.

Have players in Football Star free play strategies acquired, which you want to put to the test in the use of real money, are best suited to online casinos that offer a bonus. Most popular are online casinos bonus without deposit, but also new customer bonuses can be lucrative.