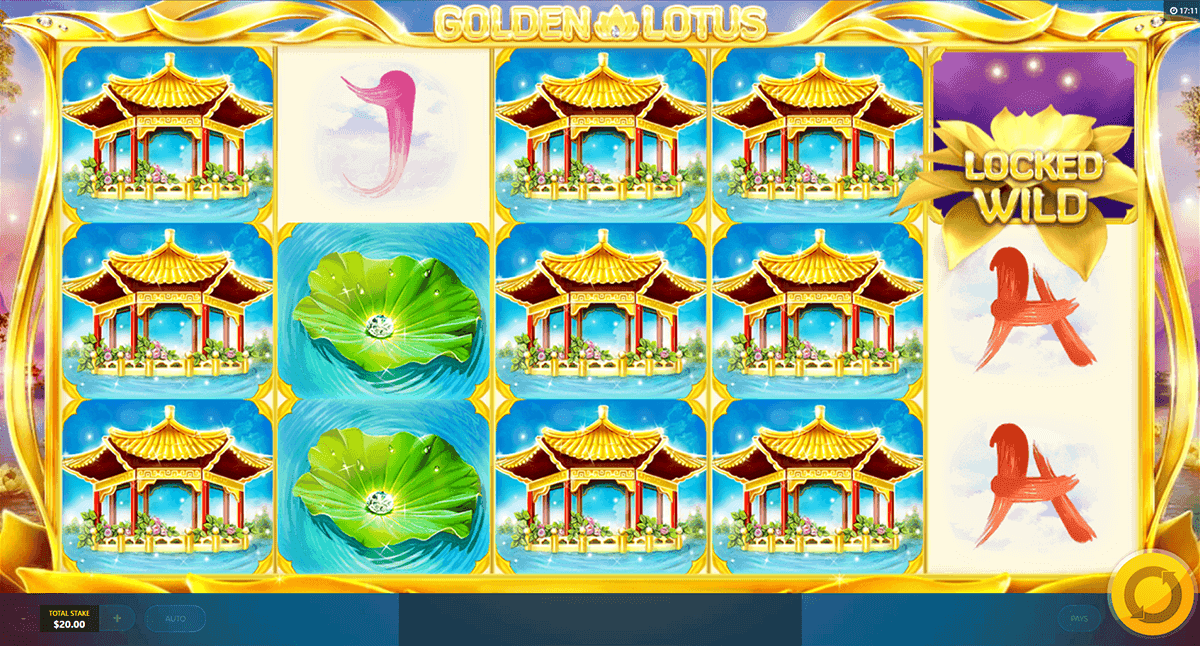 The game provider Red Tiger Gaming has turned out to be a specialist in Asian themes in recent years. This is also the case with the Golden Lotus slot. A pleasant soundtrack underpins the Far Eastern theme, which focuses on both the lotus flower and an Asian beauty. Special feature of this 5 reel slot with 3 symbols per reel are the Sticky Wild symbols that can randomly appear throughout the gameplay. In connection with the free spins mode, this creates very lucrative winning combinations. We have taken a closer look at the slot game, reveal details about the rules and winning opportunities and show how you can play Golden Lotus for free.

How to play Golden Lotus online

Golden Lotus by Red Tiger Gaming works primarily like a classic 5 reel slot. Winning combinations come about in each case from the far left to the right, by counting identical symbols on adjacent reels along the 20 paylines. The main symbols and secondary symbols each come with multipliers, which are based on the type and number of characters within a combination. Multiple line wins are possible after a spin, these are added up at the end. The symbols and their associated multipliers:

The eponymous lotus acts as a wild symbol. If this appears, it is seen with a certain number of small, white dots above the flower. The number of dots determines how many spins the symbol will stay in place. Once all the dots are used up, the wild symbol will spin again. There is also a scatter symbol. When the pretty Asian woman with the umbrella appears at least 3 times, the free spins start. Once this happens, all wild symbols present at that time remain in place throughout the mode. The same goes for any lotus flowers that should still appear during the free spins mode. For every additional scatter symbol that appears during the bonus rounds, another free spin is added on top.

The multipliers associated with the main symbols and the secondary symbols are multiplied by the line bet. This is derived from the calculation total bet / 20. In addition, Golden Lotus online has an Auto mode and a Turbo button. Both of these features are used to automate and speed up the entire online game.

Golden Lotus slot can be tried for free at any time with the help of a demo version. Playing Golden Lotus for free will help you to get to know the game mechanics of the slot better and will allow you to develop your own strategy. Playing slot machines for free without registration is also possible with us with many other titles. Try it out and test your luck without fear of losing real money. This way you will internalize the rules of slot games and learn tips and tricks along the way.

If you want to increase the excitement, then register at an online casino and play Golden Lotus from Red Tiger Gaming with real money. Because only in this way you will experience the full range of the game. Playing Golden Lotus for free eventually loses its appeal. We have a large selection of tested and reviewed casinos that have Golden Lotus in their program. With some, a no deposit bonus is possible, so that the first attempts are also possible without risk.