Legends of Olympia by Saucify 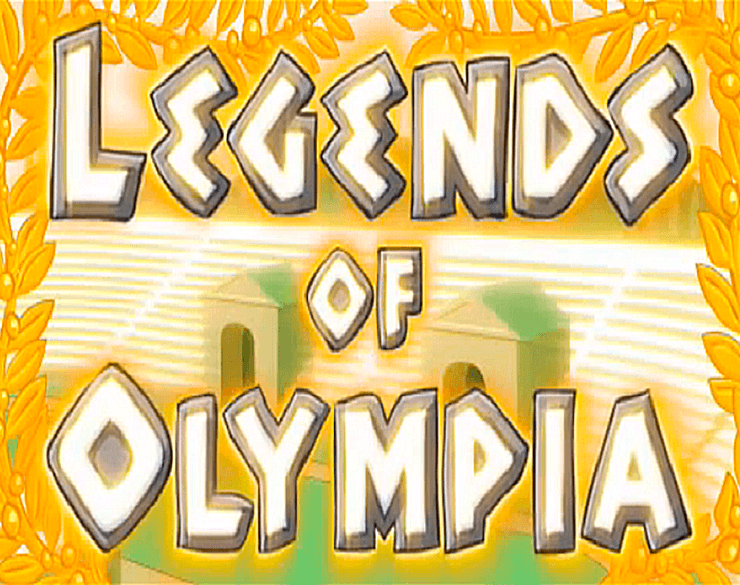 Sports and Olympic medals, the Olympic fire and the Olympic stadium – the developers of Saucify take the player to the time of ancient Greeks and the first Olympic Games. Even though the graphic effects are not what Saucify usually offers, this slot has other special features that allow for excitement and relatively big wins. In particular, the rather unusual extended wild symbols, when they appear in together, combined with a free spin and a multiplier, can bring significant wins. This game is similar to the Cash Puppy slot machine.

The features of the slot

In this video slot from Saucify, there are 5 reels and 50 paylines. In line with the theme, the symbols show different sports, medals and other Olympic symbols. The special thing about this slot are the extended wild symbols. There are two of them: a woman and a man, each carrying the Olympic fire, and they are placed in the 2nd and 4th reels from the left. When they are activated, all symbols on the reels become wild – the result is usually a lot of wins, especially when both are activated at the same time.

The participants of the Olympics (the discus thrower, the javelin thrower, the race car driver, the boxer, the runner and the jumper) provide the big wins, while the other symbols result in smaller payouts.

Multiplying the payout is possible with the single Golden Wreath symbol. The bonus game also multiplies – double the payout awaits.

Up to 5 coins with a value between 0.01 and 0.25 can be bet per payline. Due to the high number of paylines, this game with a maximum bet of 62.50 per spin will satisfy even those players who like to act with high sums. In the autoplay option, even up to 100 games can be played at the same time.

The payouts vary depending on the symbol, although, as mentioned before, the participants of the Olympics provide the biggest winnings. The discus thrower brings 6000 coins for a row of 5 and 750 coins for a row of 4. The javelin thrower brings the second highest winnings with 3000 coins for a 5 row. If you get to see the race car driver in a 5 row this results in 1000 coins; for the boxer it is 500 coins. The last in line are the bishop and the knight with 200 and 150 coins respectively.

An interesting theme with simple implementation, and relatively ordinary features. However, there are enhanced wild symbols, which add excitement to the game. The golden wreath can multiply the payout as the only single symbol. All in all, a simple slot that is not bad, but not surprisingly good either.

a game for the gods!

Get whisked away to the Olypm and win divine winnings in this game! You definitely won’t get bored with this slot machine anytime soon. Like the Sizzling Hot slot games, this game is visually very appealing and captivates its players. The slot, just like the Dolphin’s Pearl Deluxe slot games, is free to play – try it out right now!