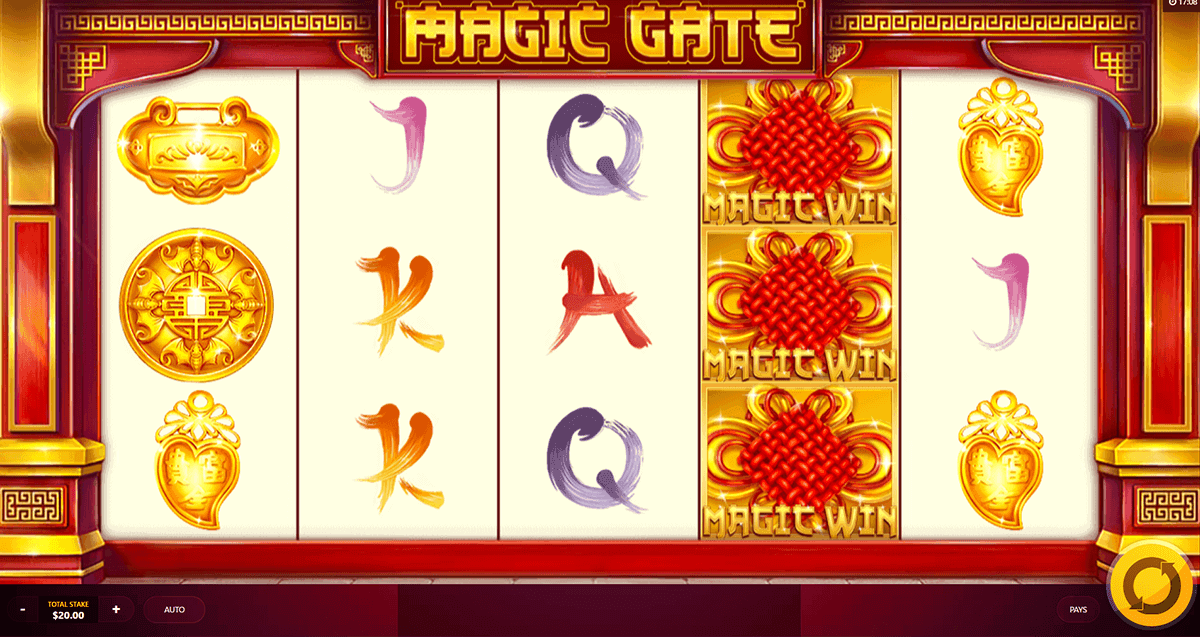 The Magic Gate video slot from Red Tiger Gaming shines especially with its Asian theme, which is clearly in the foreground. A large number of symbols that spread Chinese flair provide a dense atmosphere, as does the harmonious soundtrack that takes us to the Middle Kingdom. Some bonus features await the players, including free spins, multipliers and various wild symbols. The 5 reel slot with 3 symbols per reel and 20 paylines turns out to be a fast paced slot machine. We took a closer look at the slot, explain game mechanics and rules, and explain how and where to play the Magic Gate slot game for free.

How to play Magic Gate online

The slot game initially works according to the classic rules of a 5 reel slot. Along the paylines, identical symbols must appear next to each other on the reels, always seen from the far left to the right, in order to form a winning combination. There are several main symbols in Magic Gate, which promise correspondingly high winnings. Wild and scatter symbols as well as the auxiliary symbols A, K, Q, J and 10 complete the round of Asian-style characters. Here are the symbols and their multipliers:

However, the multipliers do not refer to the total bet per spin, as the player might initially assume, but to the line bet. This is 1/20 of the stake to be set. So if the bet is 1€ per spin, the line bet is 0.05€. This amount forms the second part of the winnings calculation.

There are several bonus games available. These are activated when the scatter symbol (bonus) appears three times. The games start automatically in each case and include the following functions and features:

The bonus games are nicely implemented by Red Tiger Gaming and are related to the Magic Gate. To increase the excitement, the reels are blocked by a magic gate and only reveal the possible win after a few seconds.

The stakes per spin can be adjusted individually. A minimum of €0.20 must be wagered, while the maximum bet is €80 per spin. In addition to an automatic function, which can be further adjusted by setting a loss limit, there is a turbo mode, in which the reels are spun faster online.

Playing Magic Gate for free is one thing, but using real money maximizes the excitement to the maximum. With us, you will always find a large selection of suitable casinos that have other great slots from Red Tiger Gaming in their program in addition to Magic Gate. Register at an online casino tested by us and benefit from the extensive bonus offers. There are regular offers with a no deposit casino bonus.