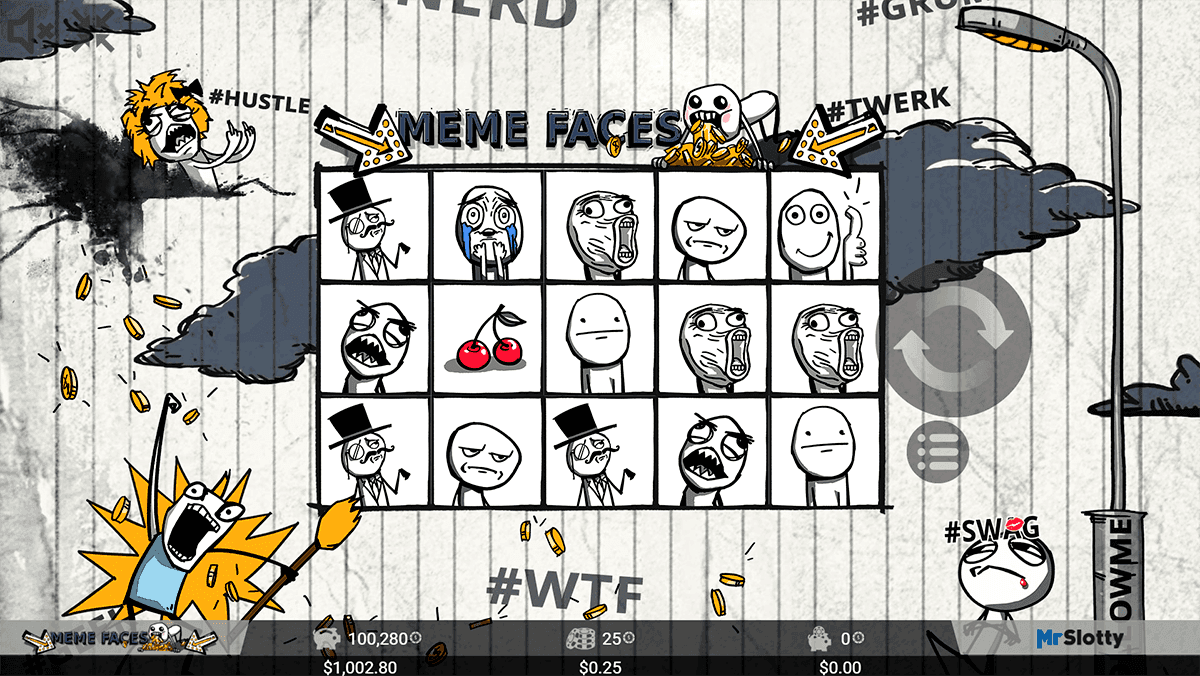 What would the internet be without memes? The online phenomenon is so well known that there is now even its own slot machine. Meme Faces by MrSlotty is all about well-known memes from the web. The various faces serve as the main characters that appear on the 5 reels, where they can form winning combinations.

As usual with games from MrSlotty, players can choose bets between 0.01 and 25 euros per spin on Meme Faces. The number of paylines can be set from 1 to 25. The graphics of the slot is comic-like and has a completely unique look. Instead of many colors, almost everything here appears in white, with only a bit of red or yellow for variety. Still, the game looks really good.

How to play Meme Faces online

Meme Faces by MrSlotty has of course a few special features to offer in the game:

Memes are not only a hit online, but also in the world of slot machines. Meme Faces offers one of the craziest themes on the internet, plus some great bonus features that allow the player to rake in bigger wins.

If you want, you can play Meme Faces for free and completely avoid playing for real money. On the other hand, those who are looking for the real thrill can go to one of the hundreds of online casinos. With a no deposit casino bonus, this works even better. This makes the beginning of your gaming career as easy as possible, and you may never have to deposit any money yourself.