Race to Win by Merkur 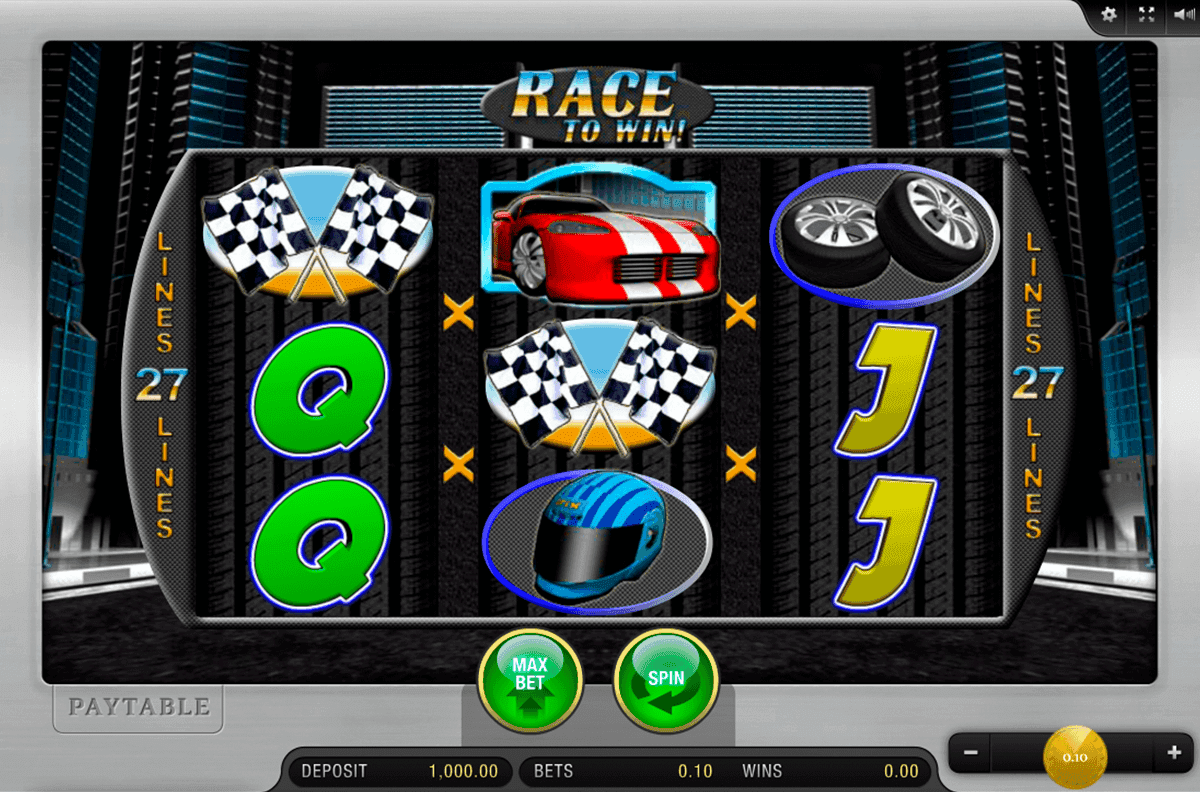 Fast & Furious was yesterday. Those who have been bitten by the racing bug outside of movies and sports will have found exactly what their motorsport heart was looking for in the Merkur game Race to Win. In Race to Win from Merkur there are fast racing cars, motorcycles and of course the beautiful pit lady may not be missing. Those who have gasoline in their blood and like fast racing machines will have found a game in Race to Win online slot that serves exactly this need. But it’s not only about the fast machines and the grid girls. Real money can of course also be won.

The Merkur slot game relies on a fast gameplay with different symbols and good graphic implementation. The design itself is reminiscent of the cockpit of a racing car. The reels with the winning symbols can be found in it. The game from Merkur is already a real classic, which is not only played by racing fans. The various winning combinations offer good chances of higher winnings. Race to Win can be played for free in the online casino. In addition, the whole thing is possible without registration.

The rules – tips on how to play

In the Race to Win slot machine is played with three reels. The special thing about it is the shape of the reels, which are held in tire optics. The first spin is also very fast. With the 27 fixed paylines, it can be just as fast to win. If the right winning combinations appear, the stakes can not only double, but triple. A special feature is the target flag. If at least two of these black and white target flags appear on the paylines of the tire reels, there is a mystery win that will reward the player handsomely no matter what the corresponding win is.

For there to be normal wins, at least three of the same symbols must appear in a row from the standard ones. The higher the bet, the fatter the win. Race to Win free to play at the online casino will convince even the last doubter that the slot is not only a fast-paced gameplay, but also the fun is not too short.

Bonus at Race to Win

The main symbol in the game is the box lady. This is also the wild symbol in the game. This means that it completes a winning line and can be used as a wild symbol. If several of the ladies appear at the same time, the maximum win can be achieved with the highest bet. Die Einsätze beginnen bei  5 Cent und enden beim maximalen Wert von 10 Euro pro Runde.

The scatter symbol is the target flag, with which a win is always possible. The position of the symbol does not matter. There are no free spins in Race to Win, but a Merkur tradition can help to improve the winnings. With a bit of luck, the winnings can be increased with the risk chance. The trick is to press the stop button at the right moment when the next higher amount is displayed on the risk ladder. However, the function should be used with caution. Because the winnings can be lost just as quickly.

Merkur has developed a really fast-paced slot game with Race to Win, which will not only fully inspire motorsport fans. With the design of a mixture of racing cars and pit lane, true racetrack feeling comes into your own living room. And with the possibility to play Race to Win for free without registration, everyone can first drive training laps before it comes to the big prize. The only thing missing from the starting grid is your racing bolide.