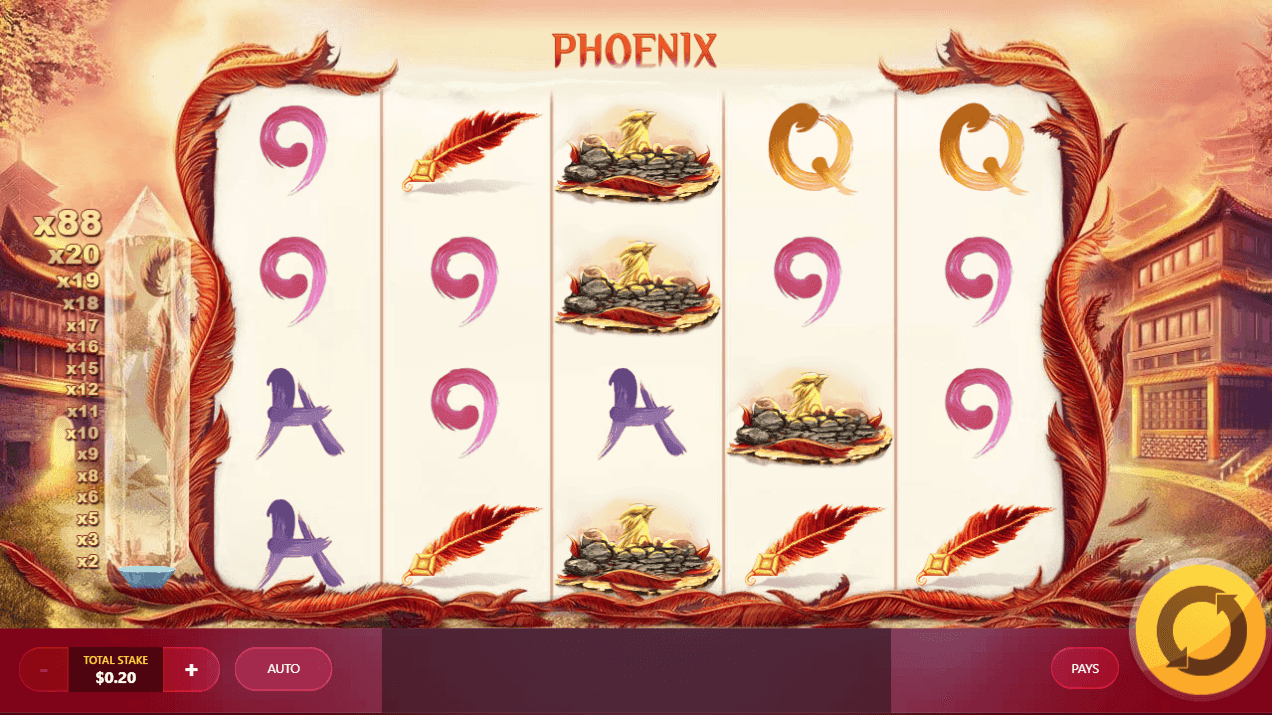 Red Phoenix Rising by Red Tiger Gaming is a game that stands out especially for its great graphic design. Playing this slot can be described as an exceedingly relaxing experience. And the greatest thing is that you don’t even need to download it, you can play it directly in your web browser. The slot game has a total of five reels and is located in the East Asian area, both in terms of the game elements and the basic idea. You can imagine yourself in ancient China or Vietnam, for example, when you listen to the music and look at the graphics that make this game so atmospheric. As with any other slot, the goal is to get as many matching symbols as possible.

Red Tiger Gaming has not reinvented the wheel with Red Phoenix Rising, to be sure: Basically, it is a classic slot game. There are a total of 40 possible paylines or winning combinations. There are two types of symbols in this slot: firstly, the classic symbols and then the special symbols. The special symbols bring slightly more winnings:

The slot machine is spiced up by the so-called wild symbol. In the case of Red Phoenix Rising, this is a burning Yin Yang symbol – so you can already see from the symbol selection where the journey is headed. If you get these wild symbols, then you can pick up especially high winnings. There is also a scatter symbol in this online game – it is the phoenix itself, which unlocks the free spins. And also with the Magic Crystal you can activate special features, with which the winnings are multiplied.

There is one more feature that adds to the excitement – just as you would expect from a slot like Red Phoenix Rising: the golden egg is the symbol that is responsible for getting a bonus game as well. By the way, playing Red Phoenix Rising for free without registration is also possible! For this, you just need to call the demo version of the game and play with the play money.

Overall, Red Phoenix Rising is a slot that provides a long time for gaming fun. The fact that you can play the slot for free and without registration is another plus. The graphics in combination with the music and the gameplay make it an extremely relaxing experience when playing this game.

On our platform, Red Phoenix Rising slot can be played for free. For this, you have to start the demo game and play with the available play money. However, with the exception that you cannot win any real money when playing Red Phoenix Rising for free. No tips and tricks make this possible, except for depositing.

As exciting as playing Red Phoenix Rising for free is, the experience is even better when you agree to deposit some money. Because then there is the natural excitement factor that comes from actually being able to win amounts of money.