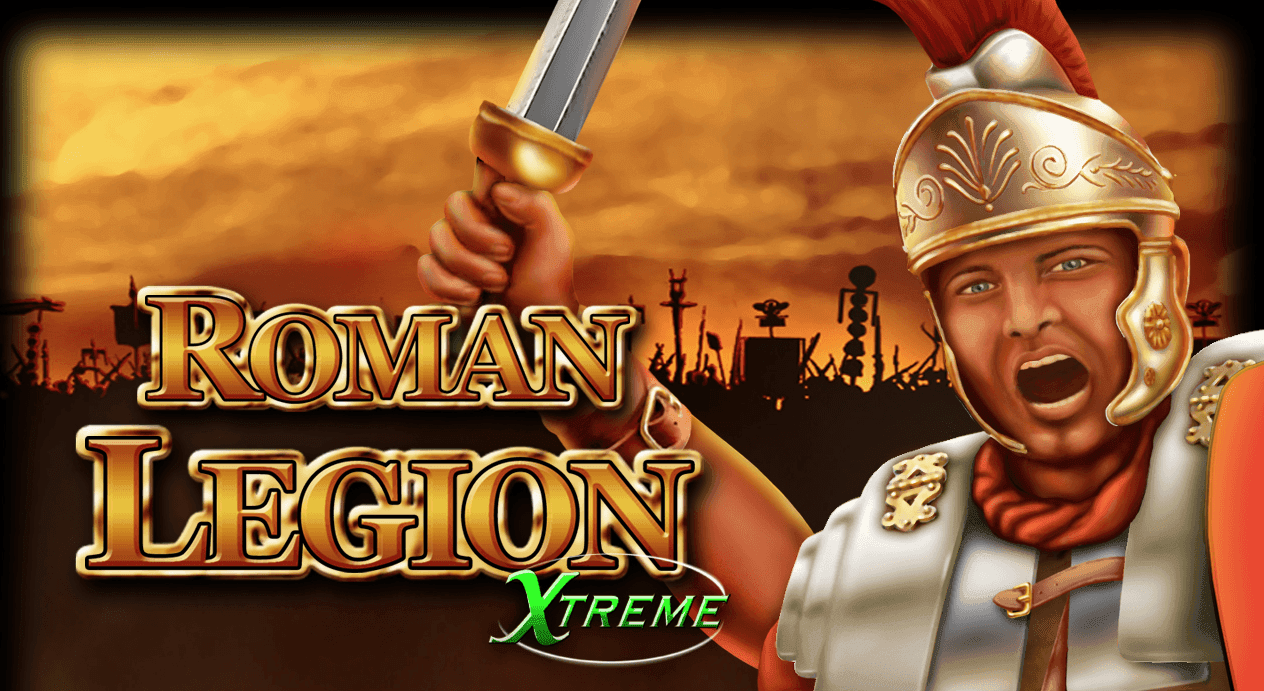 Roman Legion Xtreme is a Gamomat slot, which in turn is an extension of the popular Bally Wullf slot Roman Legion. The developers have kept the gameplay principle, with this variant featuring more paylines and significantly more winning symbols. At this point, we would like to briefly point out that Gamomat and Bally Wulff are one and the same provider!

You may well be a little confused when you open the Roman Legion Xtreme game for the first time. This is because there are not just 5 reels here, but 10 at once and it is played on up to 20 paylines.

As for the gameplay of Roman Legion Xtreme online machine, it is simple and thus quickly explained. In the Xtreme variant of this slot machine, on the one hand, there is the variant with 5 reels and as many paylines and this is located on the left side of the screen. Another slot is located on the right side and this one also has 5 reels, but here there are 15 paylines and nine rows. To be exact, three games have been lined up here and then connected to each other.

In this mega slot, all the winning symbols are seen except for the scatter symbols and they appear in blocks. Players themselves decide how many of the paylines they want to activate: 5, 10, 15 or 20. Moreover, there is a choice between one and four slot games at the same time.

Roman Legion Xtreme play for free or with a casino bonus.

Since 2018, the slot game can be played in various online casinos. To play Roman Legion Xtreme for free, it is not always necessary to opt for the play money variant. But it also helps here an online casino bonus without deposit, with which you can start the first spins.

If you do not want to register in one of the online casinos, then use the opportunity to play Roman Legion Xtreme for free without registration. This option is offered on many websites. Some of the casinos even offer the slots to play in advance – that is, without registration.

This way you can get an idea of the gameplay and the chances of winning. Playing Roman Legion Xtreme for free is also a good way to understand the rules or to develop a strategy to get more winnings later in real money play.

You want to know what makes this slot game so extreme? It’s quite simple, here you play with up to four slots at the same time, depending on your own preference. If the reels stop spinning after the spin and winning combinations appear, then the cash register will ring. Just try the Roman Legion online game yourself, you will see that there is a lot of excitement here and the winnings are also impressive.