Scrolls Of Ra by iSoftBet 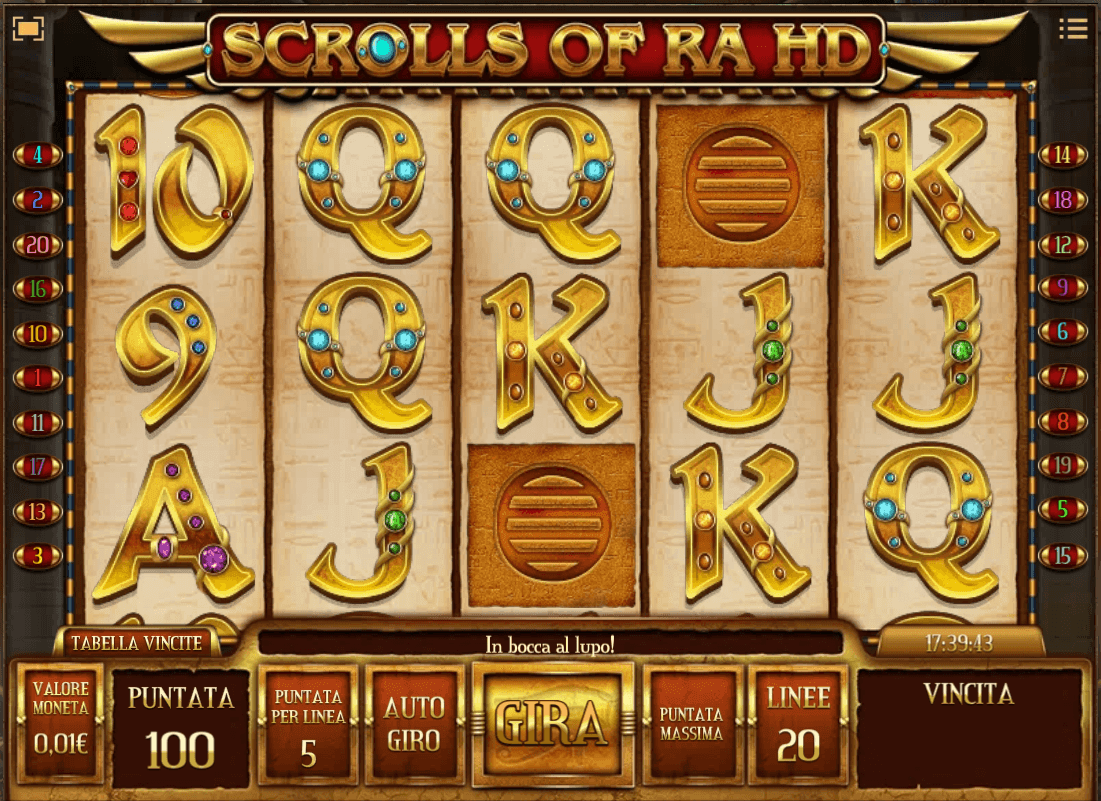 A creation of the popular software developer iSoftBet

Scrolls of Ra by iSoftBet is another well-done slot machine from the developer. With the theme of ancient Egypt, or more specifically the sun god Ra, it follows on from successful creations. The design turns out simple in various sand-colored tones. On the background of the reels you can see engraved hieroglyphics. The symbols revolve around the sun god. These include the following:

The game takes place on five reels and up to 20 paylines can be activated. The bet per payline must be at least 0.01 euros and can be increased up to 5 euros. The maximum bet with 20 paylines active is 100 euros.

Special Features of Scrolls of Ra

In the Scrolls of Ra slot game, there are a handful of main symbols that trigger bonus rounds or have other tricks in store. First of all, there is the scatter symbol, which is represented by the game logo. This one doesn’t trigger free spins as usual, but pays out a winning combination regardless of the positions it lands on.

Particularly good prospects are offered by the wild symbol, which is represented by the eye. It has the property of substituting for all other symbols except the scatter and bonus symbols to form winning combinations. Besides, it also triggers 5 free spins for Scrolls of Ra when it lands on the middle position of reel 2,3 or 4. Moreover, it spreads to the entire reel there and stays there for the free spins.

Both the scroll and the god image of Ra himself are considered bonus icons. You can select three treasure chests from a temple if Ra lands on the reels at least three times. There are prizes hidden behind them. If the scroll lands on the first, third and fifth reels simultaneously, one of the scrolls can be selected and an instant coin win of up to 10,000 coins is revealed.

Scrolls of Ra free to play without registration

If you have already played Scrolls of Ra for free and are now looking for a way to get more adrenaline and a chance to win real money, you can find your luck at a good online casino. Scrolls of Ra can also be combined with a good no deposit casino bonus. Behind it, for example, free spins can be hidden, which can also be used for the game online!