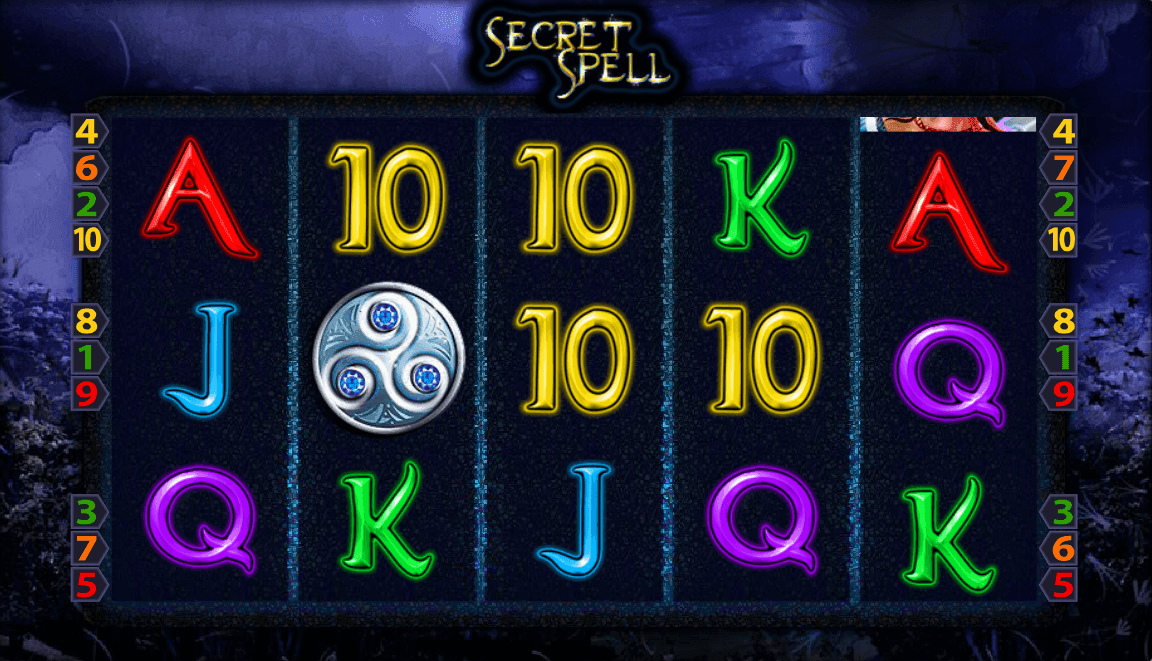 Players who want to uncover the secrets of Secret Spell are in the right place with this slot from Merkur. Here there are still magicians, wizards and magical creatures that have been built on the basis of mythology in this slot. Each game round promises exciting and enchanting action, which also holds a highlight in the form of rewards.

A mysterious bonus feature has also been built in, which makes it even more exciting to try out the slot machine. In the slot game, players can win winnings by betting real money on the ten fixed paylines and thus clear the jackpot of 4000 credits.

Secret Spell by Merkur is a simple yet exciting game, in which witches and magicians appear together and lend their own charm. However, no classic fantasy story was built into this slot, yet the Secret Spell game online envelops a mysterious magic power and starts to glow when correct winning combinations are determined.

In order to make the slot more exciting and thrilling, various characters have been developed here, such as the young elf princess or her clever wizard mentor with an impressive beard. You should also keep an eye on the most valuable symbol of the game, which appears in the form of an elaborately designed bronze wand. It stands as a wild symbol and can replace other motifs to complete paylines.

Furthermore, it has an even more interesting function, as it can activate a mystery bonus round if it appears on reel 1 or 5.

Bonus features always have something exciting about them, as you never know exactly what is hiding behind them. Also in this slot from Merkur there is a bonus round, which is activated by the bronze bar. Should this happen, the player can look forward to fireworks, because the 2 wands fly over the reels and let flashes of light appear. If the lightning bolts meet in the middle, a new symbol will appear on the matrix reels, allowing for new wins.

However, there are no free spins, as is usually the case with a scatter symbol. Those who prove their courage can also increase their winnings and use the gamble function. Only the correct color of a turned over card must be guessed here. If the player is right, there is a double win. If the answer is wrong, the winnings are lost, but you should play this function once. It brings excitement to the game.

There is certainly a strategy on how best to bet on the ten paylines and get winning payouts. The tips and tricks are many, but if you want to do everything right, you should start slowly and first try the game for free and without registration in the online casino.

After that, you can bet with real money and enter a minimum limit of 0.01 credits per payline. A maximum of 2 credits per line can be used as a bet. The player should note that the paylines are fixed and the player must bet on all ten. Thus, the line bet is multiplied by ten so that the total bet can be calculated. The rules therefore once again at a glance:

After that, the reels start spinning and as soon as at least three identical symbols appear, winnings are paid out.

It’s time to reveal the mystery of Secrets Spell

Although Secrets Spell is a simple online video slot, the animations and effects can still convince. The game is kept simple, so even beginners will find their way around. Nevertheless, players can look forward to high chances of winning payouts, since a mysterious bonus is also included, which can enable further payouts. If you are brave enough to try the gamble function, you can double your winnings in no time.