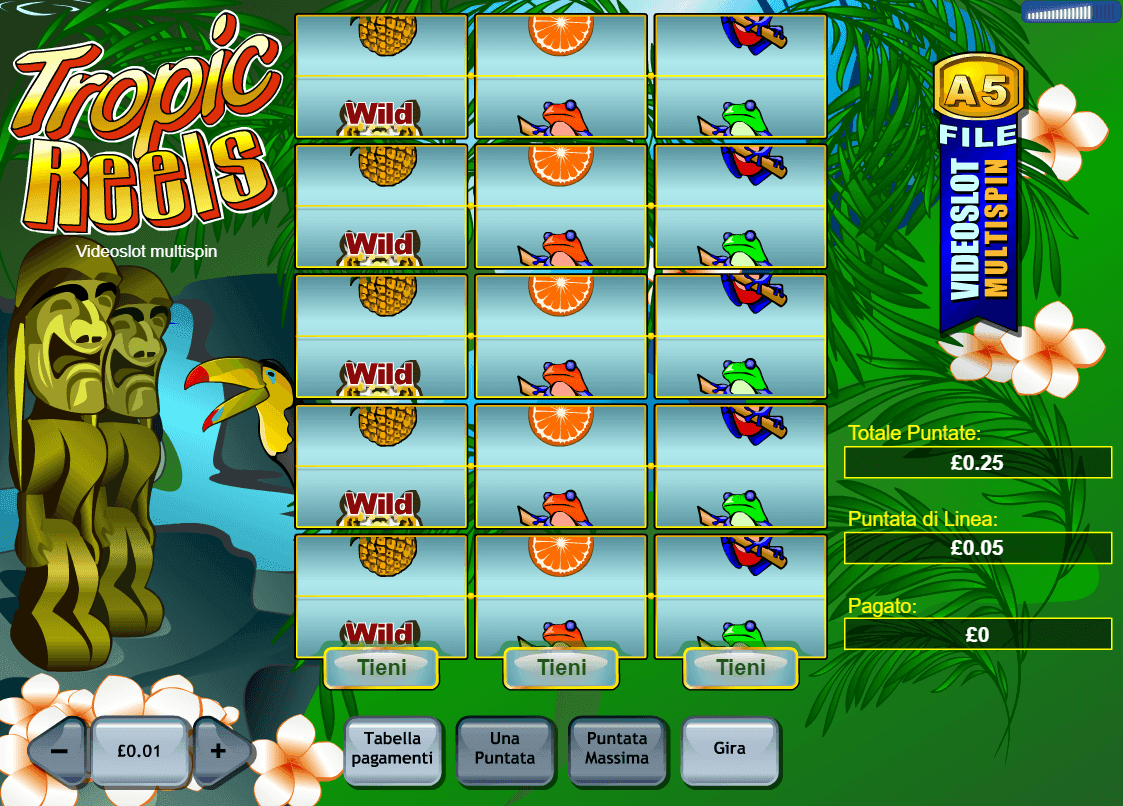 The tropics exude a special fascination. The flora and fauna, which are rather unknown in our latitudes, seem exotic and foreign. For this reason alone, the Tropic Reels game from Playtech is worth a look. Because this multispin video slot comes with numerous animals and plants from the jungle. Parrots, citrus fruits, lions and rare frogs can be found here. Accompanied by wild sounds and animal noises, the result is an atmospheric ambience. You can play Tropic Reels for free at many online casinos.

The rules of this online slot from Playtech are not dissimilar to those of other multispin slot games. At the bottom of the screen of Tropic Reels, the three reels spin and you have to get three identical symbols if possible. If that doesn’t work out right away, you can use another spin, choosing whether to leave one or more symbols in place. On the second spin, the other four rows also get going, so you have a total of five chances to win. At the same time, different symbols have different valences, which depend on the chosen bet:

Note: The reels in Tropic Reels not only show symbols, but can also stop between two symbols.

The best way to test a slot and internalize the rules: play slot machines for free without registration, which is no problem in online casinos. So you can also play Tropic Reels for free in demo mode.

Test the casino and secure the bonus without deposit.

Another option with us: secure the casino bonus without deposit and test Tropic Reels from Playtech with the bonus credit. This way you will feel like you are playing with real money and you can even really win something.