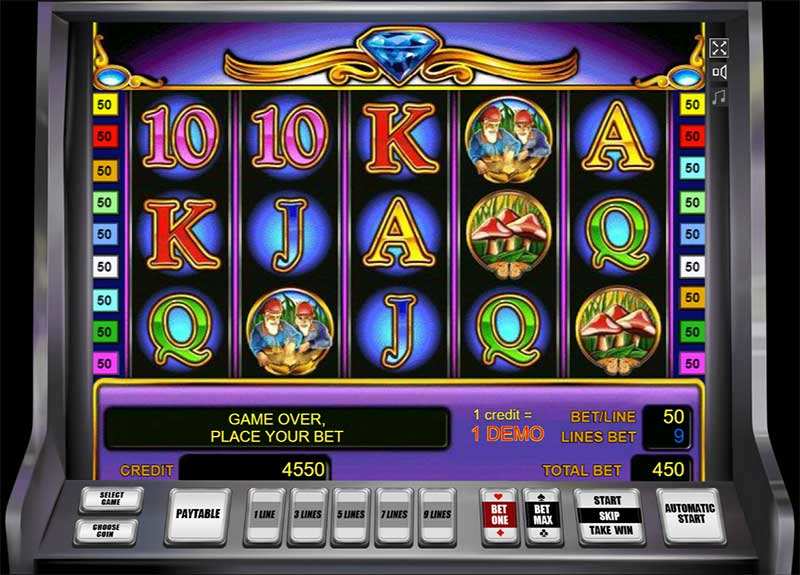 Griffins, a pretty princess, dwarfs, a huge castle and a unicorn: the stuff of fantasy fairy tales. And all of this can be found in the Unicorn Magic slot from Novoline. The slot machine, which is getting a bit long in the tooth, still has a lot of fans who swear by the mechanics and gameplay of this slot game. However, to the chagrin of all German players, this slot is no longer available in online casinos to play for real money. Luckily, however, there are a few ways to play Unicorn Magic for free. We took a closer look at the 5-reel slot with 3 symbols per reel and 10 paylines and reveal what makes Unicorn Magic so appealing.

How to play Unicorn Magic online

As already mentioned, Unicorn Magic by Novoline is a classic slot game with 5 reels and 3 rows each. The aim is to get identical symbols on adjacent reels along the paylines, with the count for winning combinations always starting from the first reel. The amount of the win is determined by the paytable.

Despite the old age of the slot, Novoline has already included some special features, which can increase both the excitement and the winnings to be achieved.

The unicorn as a wild symbol

Free spins with the scatter symbol

The living trees, which are somewhat reminiscent of the Ents from the fantasy epic “The Lord of the Rings”, have been set as the scatter symbol by Novoline. With this main symbol, there is a win regardless of where it appears on the reels or whether it is positioned along a payline:

In addition, the trees trigger the free spins mode. Once three or more scatters appear on the screen in Unicorn Magic online, 15 Free Spins are awarded. During the free spins, all wins are tripled. This also applies to the winnings that were already doubled anyway because of the unicorn symbol. So five times the winning amounts are possible.

The Unicorn Magic slot from Novoline is no longer dewy-eyed and as far as the graphics are concerned, it is not comparable with current games. There are no elaborate animations and the symbols are not displayed in HD resolution either. Accordingly, the entire presentation looks old-fashioned. However, this does not detract from the fun of the game.

The sound in Unicorn Magic online is also not worth mentioning. There is no theme-specific music or sound effects to be heard. Instead, Novoline relies on the classic casino sounds that we know from numerous other slot machines of this time. However, if you get annoyed by this after a while, you can simply turn off the sound with a click.

As usual with Novoline slots, there is also a gambling function in Unicorn Magic. This means the winnings can be multiplied in a 50:50 game. This works very simply. After each win, the player gets the option to simply cash it in or risk it. To do this, the player chooses a card color (red or black). The random number generator determines which color will be drawn. If the selection was correct, the winnings are doubled and can be risked again. This is possible up to 5 times in a row. If the selection was wrong, the entire profit is lost. Gambling is therefore only worthwhile with relatively small winnings. This feature is also available when playing Unicorn Magic for free and this is how you can try it out.

In total, Unicorn Magic has 10 paylines. This number is customizable and thus affects the total bet, but also the possible winnings. The player has the choice of either playing with 1, 3, 5, 7, 9 or 10 paylines.

Those who play Unicorn Magic on a large monitor will definitely appreciate the full screen function. This is because due to the age of the game, the playing field looks very small overall. The numbers on the paytable are thus not very legible. With the full screen function, the game spreads out on the monitor in 4:3 format. This is not real full screen either, but at least it is better than the standard version.

Another function is autoplay. However, this is not configurable. The spins simply run until the player exits the mode again or until the credit is used up. During autoplay, the gambling mode is not available.

The Unicorn Magic slot from Novoline is no longer available for real money play, at least in German online casinos. However, it is still possible to play Unicorn Magic for free. For this purpose, there are all kinds of demo versions on the net. But be careful: Not all games offered are identical to the original. Some have a different look or, for example, 50 instead of the original 10 paylines. With us you will find the original, with which playing Unicorn Magic for free is really fun and the feeling is captured well.

Playing slot machines for free without registration is more than just a fun pastime. Because in this way, players can learn more about unknown slots. The experiences that can be made here with their own strategy are possible risk-free. A certain amount of play money is provided, which has to be managed. This way, players develop their own tips and tricks for dealing with the slot when playing Unicorn Magic for free. So play Unicorn Magic for free and without registration!

As already mentioned, it is currently impossible for German players to play Unicorn Magic for real money. This is at least true for online casinos. However, arcades and casinos in Germany, which are equipped with Novoline machines, can still make this game available. However, the slot machine is getting on in years and it is not impossible that the search will be in vain. However, there are many alternatives, for example, some slots from the developer Gamomat, which relies on similarly simple game structures as Novoline. In many casinos there are free spins without deposit to try slots and features without risk.